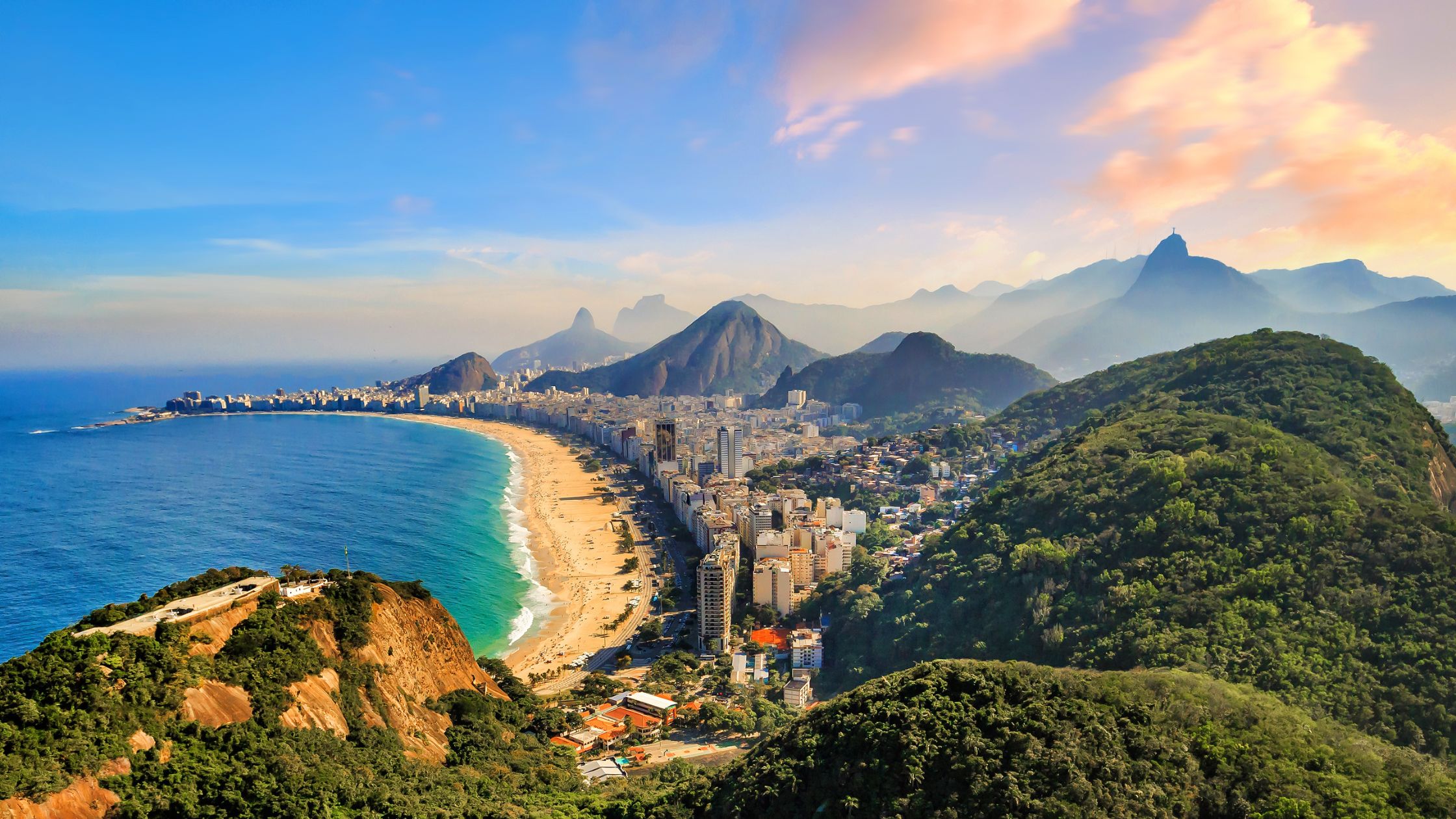 Is Brazil a Good Destination for Expats?

Brazil, the largest country in Latin America, encompasses so much culture and opportunity. From Sao Paulo, an alpha global city with a population of 12 million and one of the leading financial centers of the world, to the legendary beaches of Rio de Janeiro, Brazil is a country of great promise. It is also home to most of the Amazon rainforest, a hotbed of biodiversity, and home to a staggering array of rare species of animals.

Brazil is also a true melting pot. There are strong European influences on Brazilian culture, as well as the impact of African and Indigenous traditions. Today, Brazil is a common destination for refugees from around the world and immigrants from neighbouring countries, especially Bolivia and Venezuela. Between 2017 and 2020, over 260,000 Venezuelans emigrated to Brazil.

Portuguese is the dominant language in Brazil, spoken by virtually the entire population (98%). English is actually the second most commonly spoken language (8%) but rare enough that you cannot rely on it. And no, people will not understand you if you try speaking Spanish to them. That is actually one of the great things about living in Brazil, you get the opportunity to learn a completely different language. And because English and Portuguese have common roots, it is a lot easier to pick up than, say, Russian or Mandarin.

Like the rest of Latin America, Catholicism is the dominant religion. Protestantism is also on the rise, with about 22% of the population belonging to that sect of Christianity. Brazilians are overwhelmingly friendly and consider family to be of great importance. Children often live at home with their parents until they are ready to start a family of their own.

There is a great love of music and dance throughout Brazilian culture, and festivals are a frequent occurrence. 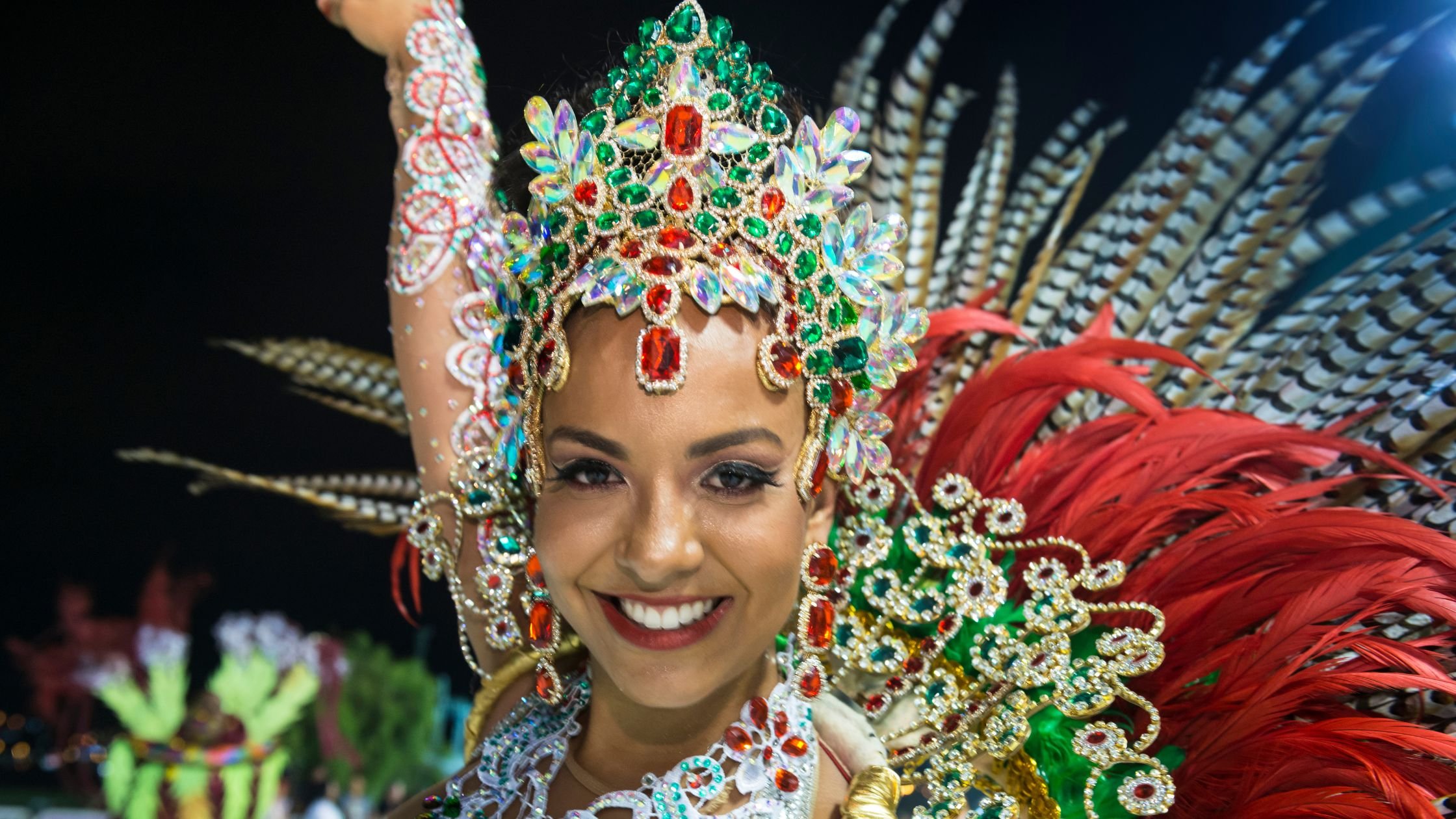 Brazilian food is delicious. Common staples are meat, rice, and beans. BBQ, known as churrasco, is also an indispensable part of the Brazilian culinary scene. Breakfast isn’t a big meal in Brazil, most people favor coffee and maybe a pastel (a meat pastry) or a biscuit. Perhaps a slice of bread and some cheese or a sandwich.

An interesting feature of some Brazilian restaurants is an all-you-can-eat buffet style where you pay for your food on a per kilo basis (they weigh the plate). That way you get the benefit of selecting whatever you want from a wide variety of dishes, without the moral hazard of feeling like you need to get your money’s worth. If you want an inexpensive meal, you can order a comercial pretty much anywhere, which is rice, beans, meat, and maybe fries or a simple salad. Simple but filling and very affordable.

For those with a sweet tooth, Brazil has plenty to offer. Acai places are all the rage, offering frozen yogurt-Esque desserts topped with mangos, strawberries, or cupuaçu. And of course, there is the brigadeiro, a delicious sprinkle-covered Brazilian truffle.

Handpicked Related Content: The Basics of Getting A Second Residency and Second Passport 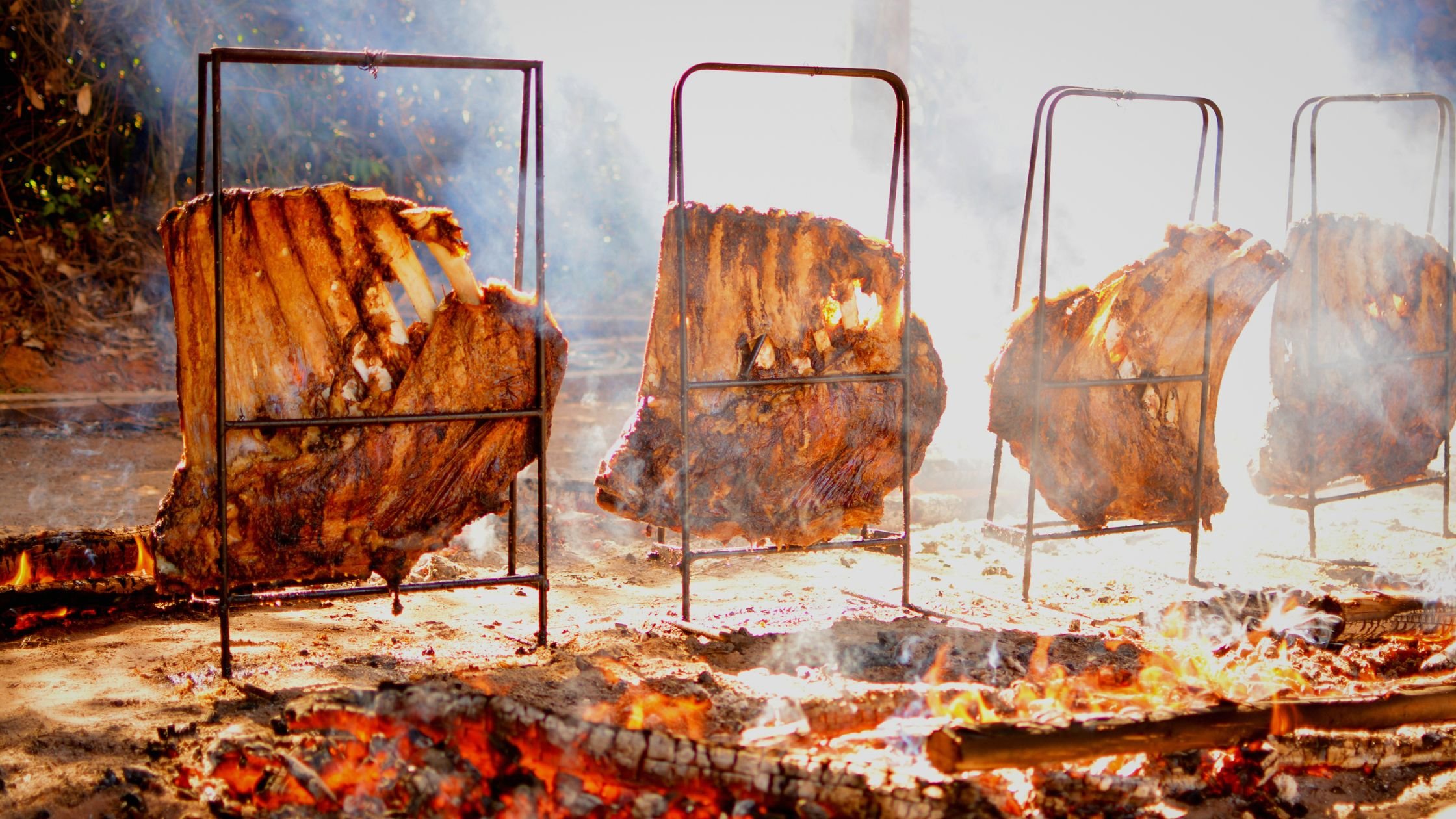 cost of living in brazil

The cost of living is substantially lower in Brazil than in countries like Canada and the USA. This has been driven in part by a steady devaluation of the real. In 2006 the real to USD exchange rate was 2:1 and today it is more than 5:1. In 2020, the real performed the worst among the top 33 traded currencies. For North American expats thinking of moving to Brazil, this is great news.

Even life in “expensive” cities like Sao Paulo is quite affordable from a Western point of view, to say nothing about the countryside or smaller cities. Aside from imported goods (and especially expensive electronics like a new computer or the latest smartphone) pretty much everything costs a lot less. Transportation, restaurants, and accommodations are all substantially cheaper, as is anything where labour is a substantial portion of the cost because wages are so much lower.

Salaries are also quite low, so for Brazilians who are earning their living in reals, it can be quite hard to make ends meet. But if you are living off retirement savings, foreign income, or working remotely and earning in dollars, then it can be a lot easier to get by. 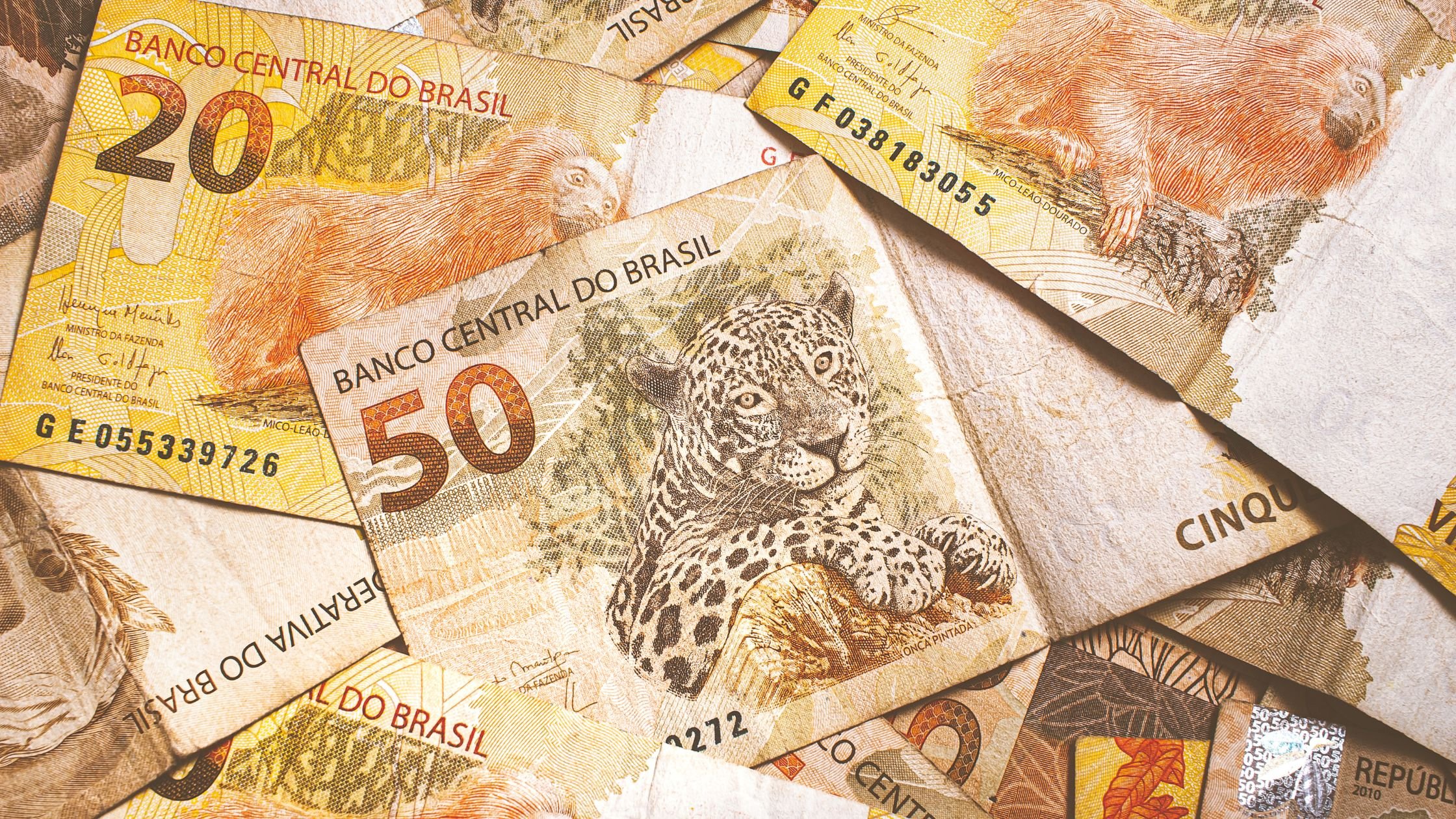 Brazil is a huge country, and the average temperature and weather conditions will vary depending on where you are. Sao Paulo is quite moderate, with the temperature hovering in the low 70s year-round. Rio, on the other hand, can reach temperatures of 100 degrees in the summer, which runs from December until February. In general, the northern region is significantly warmer and has more rainfall, whereas southern Brazil has more of a subtropical climate with a decent amount of humidity.

The Brazilian landmass is dominated by large swathes of forest, and there are dense jungles in the north. Brazil has a massive coastline, more than 7000 km (4350 mi) in distance, on which can be found more than 2,000 distinct beaches.

BRAZIL AS AN EXPAT DESTINATION

There are a lot of reasons to choose Brazil as an expat destination. From the beautiful natural scenery to the warm and friendly people, to the financial advantages of the weak real, Brazil has it all. Free public health care is a right for everyone legally residing in Brazil, and high-quality private medical hospitals are also available. The food is delicious and the weather is hard to beat. Personal safety can be an issue, as crime is fairly high, but if you stay out of certain areas you can minimize your risk.

Whether you want to spend your days exploring the Amazon, relaxing on one of the many world-class beaches, or simply enjoying the creature comforts of your newfound home, Brazil has something for everyone. 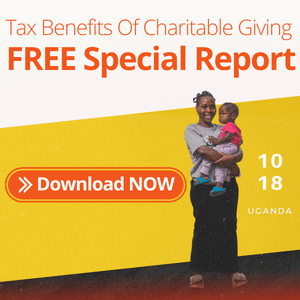 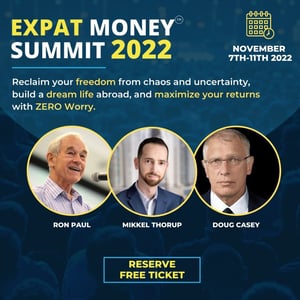 Why Digital Nomads Should Consider Croatia

Guide to Cambodian Citizenship By Investment

Cambodia is a country in southeastern Asia that borders Thailand, Vietnam, and Laos. The population is almost entirely Buddhist, and it is home to...

Guide to Setting up a Trust in the Cook Islands

The Cook Islands is a New Zealand-belonging autonomous archipelago located in the Pacific Ocean, in the same timezone as Hawaii. This territory is...